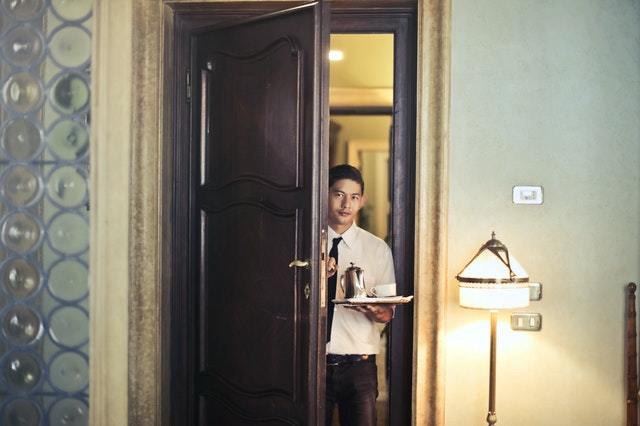 When lockdown came into force last March, there were record numbers of redundancies within the hospitality sector. Those who weren’t made redundant were put on furlough, although many who were subsequently lost their jobs due to the uncertainty and rapidly changing coronavirus situation in the autumn.

The state of affairs has changed dramatically since then. Over the past few months job vacancies have soared, largely due to the government’s successful vaccination programme which has led to increased confidence in the stability of the hospitality industry. The demand for workers rose at its fastest rate in May for twenty-three years, according to a recent KPMG survey.

However, wherein the problem lies, the number of staff available to fill those vacancies has decreased drastically – in numbers not seen since 2017. Data from UKHospitality suggests a vacancy rate of 9%, implying a shortage of 188,000 workers.

KPMG has asked the government and the businesses themselves who are experiencing shortages to address skills gaps. The jobs market “seems to be firing on all cylinders” said KPMG partner Claire Warnes, “but the deterioration in staff supply intensified this month… This is a worrying trend,” she added.

These sentiments have been echoed by Sadiq Khan, the Mayor of London. He says that he wants to tackle the major staffing shortage. Significantly, he has highlighted the impact of Brexit on the jobs market. Khan has called on ministers to reconsider the changes to visa rules that have affected the influx of foreign workers from the EU on the service industry.

He can be quoted as saying, “With the double whammy of the pandemic and new visa rules making it harder to recruit workers with the necessary skills, hospitality venues now need our help to make it easier for them to recruit the staff they need, both from here in the UK and overseas.”

UKHospitality has joined forces with the Department for Work and Pensions to try and close the gap in the jobs market, and to demonstrate the wide range of career options available in the sector to UK workers. UKHopsitality will be fronting sessions in partnership with the Jobcentre in every region of the UK.

Kate Nicholls, the chief executive of UKHospitality, said of the scheme: “we’re delighted to be working with the Government to restore confidence in a sector which is a stable employer for millions of skilled and unskilled workers across a wide range of diverse roles, and which can play a constructive role in tackling unemployment”.

It will be interesting to see how the situation develops over the next few months. This story might at first appear to be more a positive one in comparison to the rest of the year – after all, with unemployment at record highs, it is tempting to see any laxation of the jobs market as a good thing. However, when you consider that this shortage may be in part due to the UK’s exit from the European Union, this development within the hospitality sector becomes more concerning.